What is PO Film and TTPO® Film?

PO is the abbreviation of the English word polyolefin, which is expressed as agriculture polyolefin film. Generally referred to as a polymer of ethylene, propylene or higher olefins. The polymer R&D team of Fenglong has been committed to the development and improvement of greenhouse films, and through market research, has proudly launched the TTPO® film with super long-lasting anti-drip, high light transmission, high strength and ultra-long guarantee. TTPO® greenhouse films are manufactured with specially designed 5-layer co-extrusion lines. An 6th layer, based on nano-technology, is added on the surface of the film to confer a very long lasting anti-dripping effect.

Since the application of greenhouse films, countries have been committed to solve the problem of dripping time, Beijing Fenglong launched TTPO®  film, which adopts the “5+1″ five-layer co-extruded and coating process to solve the problem of short dripping period of films, and according to the new market demand, add high light transmission, high light diffusion and pesticide resistance! We also provide customization service for diffused PO film

Compared with the 4~6 months anti-drip period of the internally added film, the PO film has a lifetime drip, and the durability is synchronized with the film life, TTPO® is the new generation of greenhouse plastic, because it really achieve and reallize the driplock in its lifelong duration

The new five-layer technology can make better use of the advantages of different raw materials, while upgrading the raw materials, using ExxonMobil’s new generation of metallocene polyethylene, so that the film has higher strength, higher impact strength, and can withstand winds above Grade 10(Beaufort Scale: Whole Gale) , Which can reduce the tearing phenomenon during the installation and using on the greenhouse

TTPO® is a high heat preservation film, with Japanese nano-grade thermic additives, the average temperature inside the greenhouse is 2 to 3℃ higher than the traditional 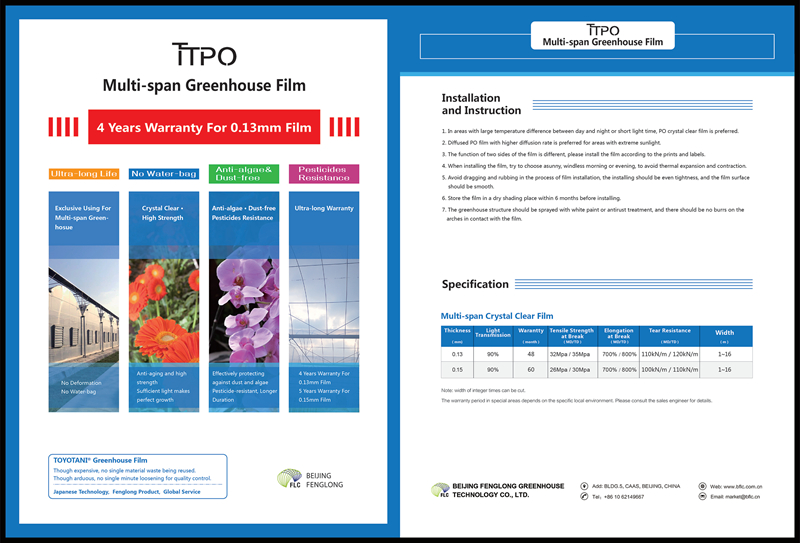 Upgraded the light stabilizer system, the new light stabilizer is more acid-resistant, making the film suitable for crop environments where pesticides are frequently sprayed, and improving the service life of the film

With the addition of biological signal technology developed in Japan, algae and other fungi are not easy to breed, and it is more suitable for coastal humid areas, especially for flower planting. It improves the light transmittance of the film during long-term use, saves the trouble of film cleaning, and reduces the cost of manual cleaning

The new coating drip technology makes water drops on the film surface, easier to spread flat and flow down the greenhouse, suitable for a variety of shed structure, high strength raw materials make the film harder for multi-span greenhouse use. No deformation, no water-bag.

Japanese quality control management, from plastic masterbatch manufacturing to finished product production, all completed in our company’s Tongzhou Production Base, and the whole process is controlled. Good after-sales system to better protect the rights and interests of customers

※ In areas with large temperature difference between day and night, especially for the short light-time areas, TTPO film is preferred

※ Be careful to distinguish the front and back side

※ Avoiding thermal expansion and contraction, install the greenhouse in the morning or evening, tighten the film in winter, and loosen it in summer

※ Pay attention to anti-corrosion for the greenhouse frame, and prohibit the use of rusty structure

※ When building the greenhouse, there must be a reasonable angle, no concave pocket, etc., repeated rubbing is forbidden when installing the film

※ The humidity in the greenhouse should be above 70%, otherwise water scales may appear

※ Stored in a shaded, dry place, avoiding high temperature exposure and should not be kept more than 6 months 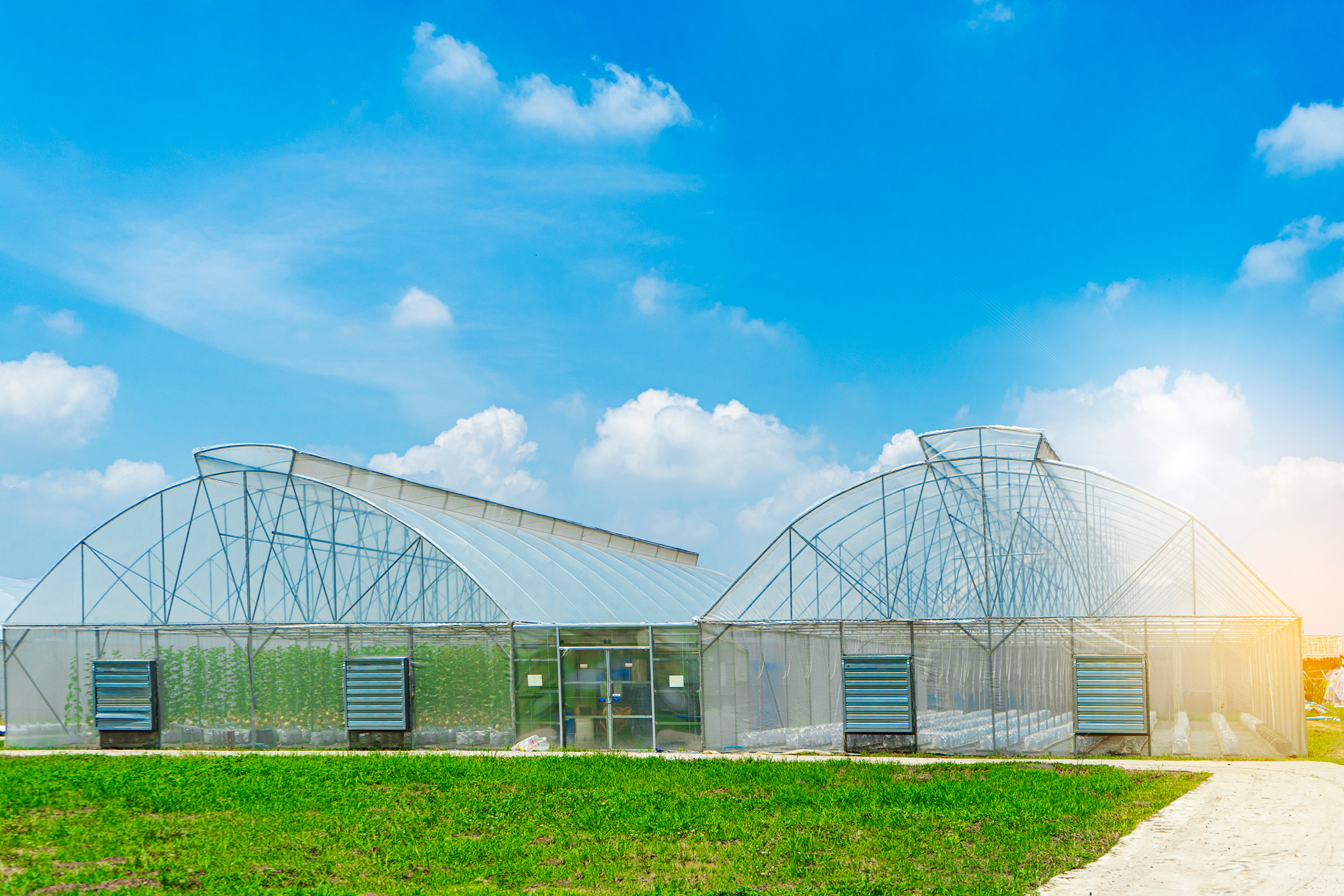